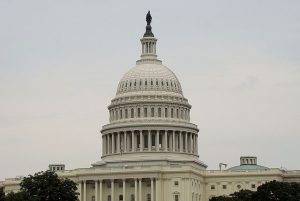 Special thanks to Rick Navarette for helping us write this article. You can see his website here: https://nstexaslaw.com/

In 1971, The Federal Election Campaign Act (FECA) was passed, a statute that governs political campaign, spending and fundraising for federal elections whether it be for House, Senate or President. With this statute came the creation of the FEC (Federal Election Commission). Originally the act was established to aid in the disclosure of contributions for federal campaigns and has been amended 7 times.

History of this bill originates from Theodore Roosevelts urge for campaign finance reform as early as 1910. There was a huge push to regulate corporate as well as union spending on campaigns for federal office and an urgency to report how much money was donated. In the Acts first iteration in 1971, donations made to a federal campaign were considered a tax right off leading to a ton of financial abuse. This prompted the first amendment in 1974 which established a limit to how much money individuals, political parties and PACs could donate.

But why do these laws exist? To put it simply – no one should be able to buy being President. Also, no one should have the powers to manipulate a political candidate by having donated the most money to their campaign. Believe it or not, campaign finance fraud occurs all the time. In 2014, Dinesh D’Souza donated tens of thousands of dollars to a US Senate campaign for New York’s Wendy Long which is well above the $5,000 individual limit. How did he do this? He donated money giving money to other people and then having them donate on his behalf.

With the 2016 presidential election being the most expensive in history, the FEC will have their job cut out for them when it comes to the mid-term elections this fall and the presidential 2020 election. We will see if there is any more campaign fraud or just Russian collusion.