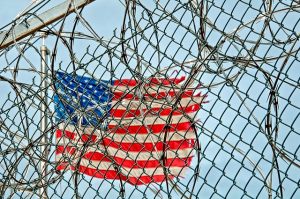 There have been many studies which have shown that prisoners cost taxpayers a substantial amount of money. Every prison that goes up, and with each prisoner that is added to those cells, it is costing taxpayers thousands of dollars. The amount that each prisoner will cost will depend upon the type of sentencing that they have been given. Obviously, people that are thrown into a county jail for a few days due to drunk or disorderly conduct are going to cost far less than those that are given a life sentence for murder. And who’s to say that a criminal defense lawyer West Palm Beach doesn’t benefit everyone! Here is a quick overview of how much a prisoner will cost taxpayers on average every year that they are in prison.

What Does The Vera Institute Of Justice See?

This Institute released a recent study that showed that, out of the 40 states that participated, that approximately $39 billion is spent in aggregate costs for maintaining prisons. This study was done back in 2010, and taking inflation into account, and the addition of thousands of additional prisoners in all 50 states, this is likely to exceed $50 billion annually. If you break that down to an individual figure, the average taxpayer is paying well over $30,000 for every inmate with New York leading the way at over $60,000 per prisoner.

What About Rehabilitation Costs?

This is an alternative that many people have been looking at because of the lower cost involved. There are certain people in prison that are there because of multiple misdemeanors and felonies that have built up over time. They may not be violent criminals or sex offenders, and it is possible that they may be rehabilitated into society. That cost is roughly $2000 per person, a one time fee opposed to decades of payments for keeping prisoners behind bars that may not need to be there. These are things that need to be looked at in more depth, but until that occurs, the skyrocketing cost of paying for prisoners using taxpayer dollars will continue to rise.