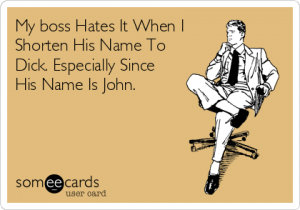 Bullying is never OK, whether it’s in the schoolyard, in the office, at home, or on social media.

Yes, we’re calling out the online cowards, too.

Bullying can come in many forms, based partly on the forum in which the bullying is taking place. Most bullying can be walked away from, but one type of bullying is problematic.

In a workplace, having a boss that is a bully can be difficult because you can seem stuck, according to a sexual harassment attorney in Nassau County. You could just take the bullying and keep your mouth shut because you need the job to make a living. On the other hand, you could stand up and demand respect, but that could also mean being discriminated against in the workplace, or fired in retaliation.

There is a fine line, though. There are bosses who are jerks, and that isn’t illegal (unfortunately). But then there are jerks who cross over the line and become bullies, which is illegal according to the federal Occupational Safety and Health Act (OSH Act). The federal legislation not only created OSHA – the regulatory body for workplace safety – but it also spells out workplace bullying and violence.

There are some specific actions or behaviors that are listed as violent or bullying behavior, all of which subjects the individual and/or the company to fines. This even includes retaliation or discrimination against an employee who happens to blow the whistle with OSHA about any behaviors that fall under the auspices of the OSH Act.

Let’s take a look at a few of these actions, and you can determine if your bos is just being an obnoxious jerk, or is he actually bullying you?

If you experience most of these at work (not just some), and especially on a regular basis, then it’s likely not just that your boss is a jerk, but that he or she may be a bully or a harasser. And that should get the attention of the feds, as well as state labor authorities. If your company knows about this behavior and does nothing about it, then you may need to look into legal remedies while you update your resume – because no job is worth putting up with this for very long, no matter how fat the paycheck.

It’s a matter of dignity.