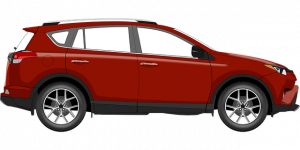 What was the best selling car of 2017? Halfway through December 2017, the Motley Fool began research for a post that would take the guesswork out of it for us. The blog compiled a list of the top five selling cars of 2017. The list only included cars and SUVs, the Motley Fool people thought it would be best to leave pickup trucks out of it because they are commonly used as fleet vehicles, which inflates there sales. As of November 2017, there were no America made vehicles in the top five as Toyota, Nissan, and Honda once again dominated car sales in America.

The CR-V has been one of Honda’s most reliable vehicles in terms of sales. In 2017, the CR-V reached around four million sales since its conception. The SUV features a trustee all-wheel drive system that makes it a great choice for every season.

The Toyota Camry’s sales saw a decline in 2017 by 3.2%, but that wasn’t enough to keep the perennial top performer out of the top five. The Camry was America’s second favorite Toyota in 2017, ending its 15 year streak as number one. The Toyota Camry is available in a brand new 8-speed transmission, giving the car more power than ever before.

In 2017, Honda rejuvenated one of its oldest models, the Honda Civic. The 2017 Civic was available in the original sedan version, as well as brand new coupe and hatchback versions. Additionally, the Civic could be purchased in a variety of performance models like Si or Type R. The Civic beat out its counterpart, the Honda Accord, by about 15% this past year.

The Nissan Rogue is quickly becoming one of the most popular cars in the United States. The sales of the Rogue have increased over 25% from 2016. Although, this large increase in sales was not solely due to consumers like you and me. The Rogue saw an increase in sales to rental agencies and fleet buyers, like businesses and government agencies.

The Toyota Rav 4 has officially taken down the Toyota Camry as Toyota’s Number one seller in the United States. Rav 4 finished the year strong with two straight months of top sales performances. In November alone, the Rav 4 was sold 28,700 times.