In 2017, New Jersey’s Governor Chris Christie brought a case to the Supreme Court. 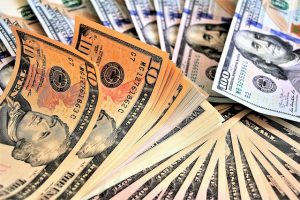 The state of New Jersey was claiming that the Professional and Amateur Sports Protection Act (PASPA) violates the state’s 10th amendment rights. In May of 2018, the SCOTUS held a vote regarding the 25-year old act. The Supreme Court came to a 6-3 decision in favor of New Jersey. In other words, the Supreme Court ruled to reverse PASPA and allow states to regulate legal sports gambling independently.

When WIll This Law Take Effect?

The law is effective immediately. If states were prepared for this ruling, they can begin accepting wagers on professional and amateur sports as soon as the sports books are ready to open their doors. In New Jersey, the state that brought the lawsuit, Monmouth Park officials say they will be ready to accept sports bets within two weeks of the ruling. Another state that will be opening sports betting windows sooner rather than later in Delaware. The state passed the proper legislation in place prior to the Supreme Court’s ruling.

New Jersey and Delaware are not the only states that are looking to capitalize on the revenue that sports gambling can generate. West Virginia and Mississippi are two other states that already had legislation in place. The two central states appear to be the next up when it comes to opening up the doors to sports gambling. Within the next 90 days, states like New York, Connecticut, Illinois, Massachusetts, and Rhode Island plan on passing legislation that legalized sports gambling.

Currently, about 20 states are in the process of legislation. The ruling is taking the nation by storm, but some states have already closed their 2018 legislation windows. This means that any drafted bills will have to wait until 2019 to be voted on. Experts are predicting that 32 states will have legalized sports gambling within the next five years.

How Do I Place Bets?

Most states are encouraging mobile and online gambling in the legislation that is being passed. For now, you will be required to place bets in person, the traditional way. DraftKings and FanDuel both released statements regarding their positions. Both companies are working to offer in-app sports gambling as soon as it is legal in your respective state.

How Big is the Sports Gambling Industry?

Sports gambling industry is a multibillion-dollar industry. It is difficult to put a number on it because Nevada is the only states which have had legal betting in the past. Experts estimate that the legal and illegal gambling industry falls between the range of $50 – $150 billion dollars.

In terms of numbers we know for sure, reports from UNLV’s Center for Gaming Research state that legal sports gambling in Nevada neared $5 billion last year. Football was the most popular sport among bettors at both the professional and college level, generating $1.76 billion for the industry.